Courtesy of the Missouri Bar, here are a few legal words and their definitions regarding criminal law that you should be familiar with:

Bond – A promise to appear in court, which often includes a guarantee of money, and which is required for a person who has been arrested to get out of jail while waiting for a trial (sometimes called bail or a bail bond).
Charge – The formal statement that details what the arrested person is accused of doing. A charge may be brought: by an information, which is a sworn statement filed in court by a prosecutor; or by an indictment, which is filed by a grand jury.
Defendant – The person who is accused of committing a crime.
Evidence – Anything that can be used in court to show what is true and what is not.
Information and Indictment – The two types of documents that may be used to state the charge or charges against the defendant.
Guilty – Found, by either a judge or jury, to have committed the crime charged.
Grand Jury – Twelve citizens chosen from the community who hear evidence presented by the prosecutor and then decide whether the person arrested should be held for a trial. Grand jury meetings are held in private and are not open to the public or to a potential defendant.
(Petit) Jury – Twelve citizens chosen from the community who are asked questions to determine if they can be fair, who hear the evidence in a trial and decide what is true and whether the defendant is guilty or not guilty.
Not Guilty – The verdict required if the prosecution does not prove guilt beyond a reasonable doubt.
Preliminary Hearing – A court proceeding where a judge hears evidence to decide if the person arrested should be held for trial. This is an alternative to a grand jury.
Probation – An alternative to time in prison or jail. Conditions can be set by the judge, and may be supervised by a probation officer. Violation of conditions may result in revocation of probation and imposition of time in prison or jail.
Prosecutor – The lawyer for the government, either state or federal.
Sentence – The length of time in prison, in jail or on probation that is ordered by the judge. In some cases, the sentence is set by the jury. For some crimes, the sentence can be a fine instead of time in jail.
Voir Dire – The process of questioning potential jurors to determine if they can be fair.
Waive – To voluntarily give up a right. 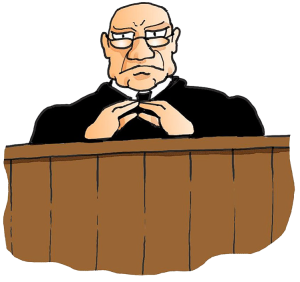